Ok…before we go any further, I should warn you. Some of the photographs in this post are not for the faint of heart. I don’t remember feeling grossed out when I saw it in person, but going through them after the fact, I suppose they are a bit intense. But, this is one of the most interesting cultural happenings I’ve witnessed in Thailand – so suck it up and give it a shot.

The early morning on the first day of the festival is hard to describe. This festival is a true assault on the senses. The crowd is huge – those chosen to perform the self-tortures, each surrounded by their own little entourage. Heavily tattooed and pierced men who have obviously stuck these metal rods through many a cheek. Younger children and teens preparing the shrines they will carry, loaded with firecrackers and colored flags. A handful of farang, all with vague looks of awe and shock as they watch metal being pushed through faces. Despite the blood, I don’t find it gross. It’s fascinating. Sensory overload. Chanting and yelling coming from the temple as men and women go into their trances. Incense and smoke filling my lungs and clinging to my (all-white) clothing. As the procession begins, drums and firecrackers resonate through the streets – the louder, the better, as this is thought to scare off evil spirits. Watch yourself – they also set the firecrackers off right next to you. In addition to a new favorite cultural celebration, I left the island with several new welts and bruises. 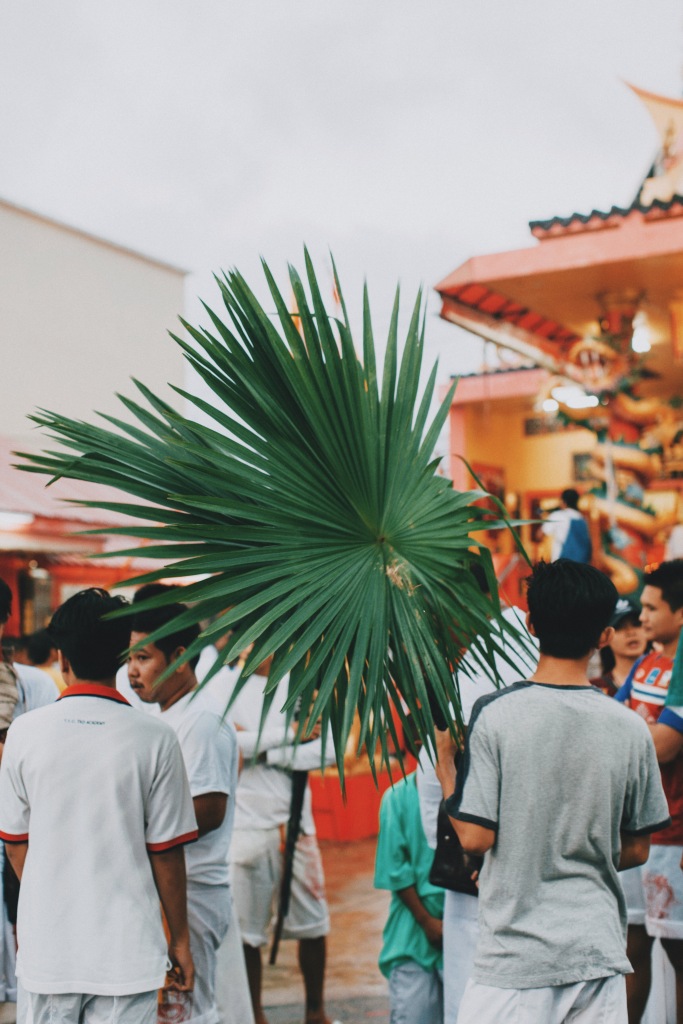 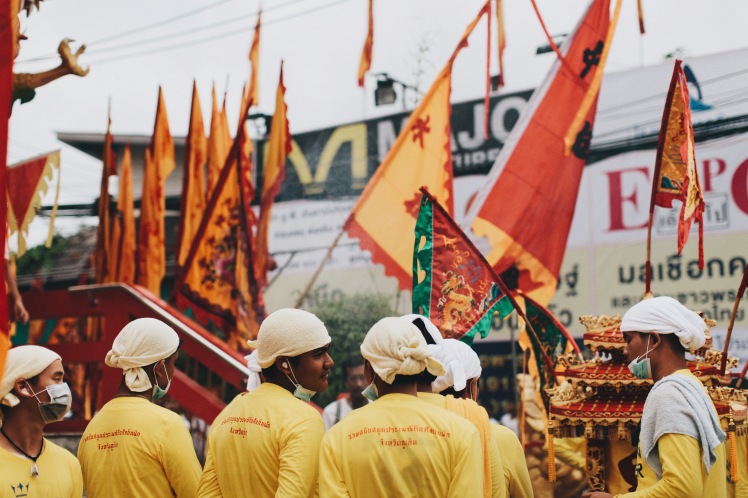 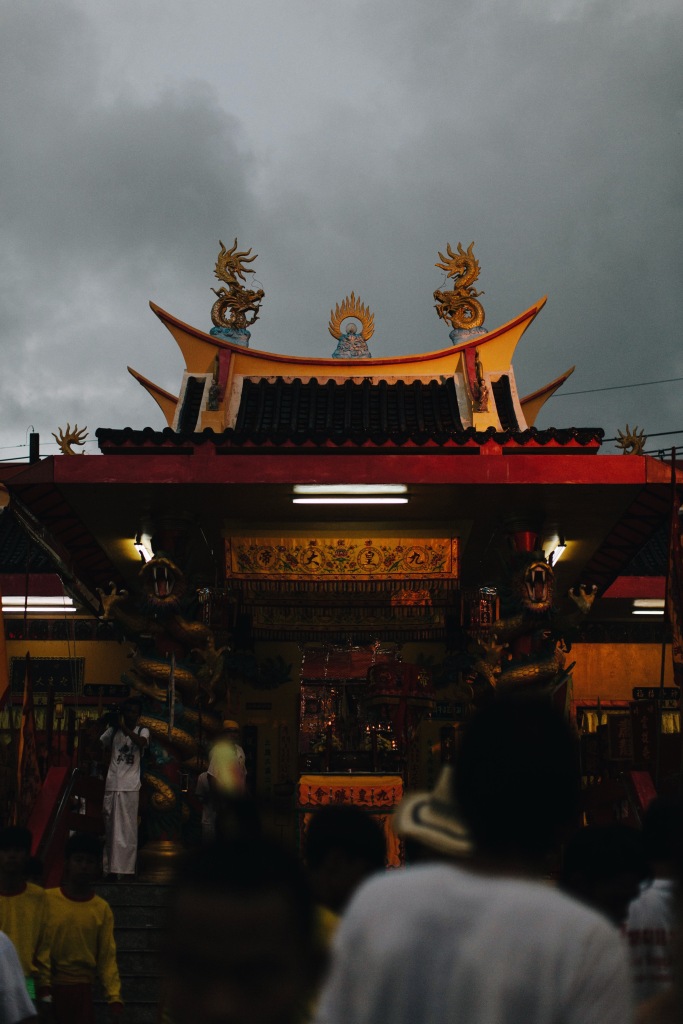 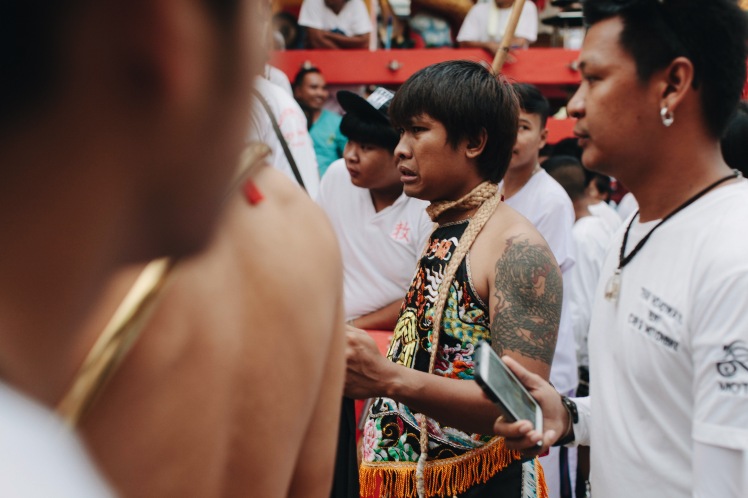 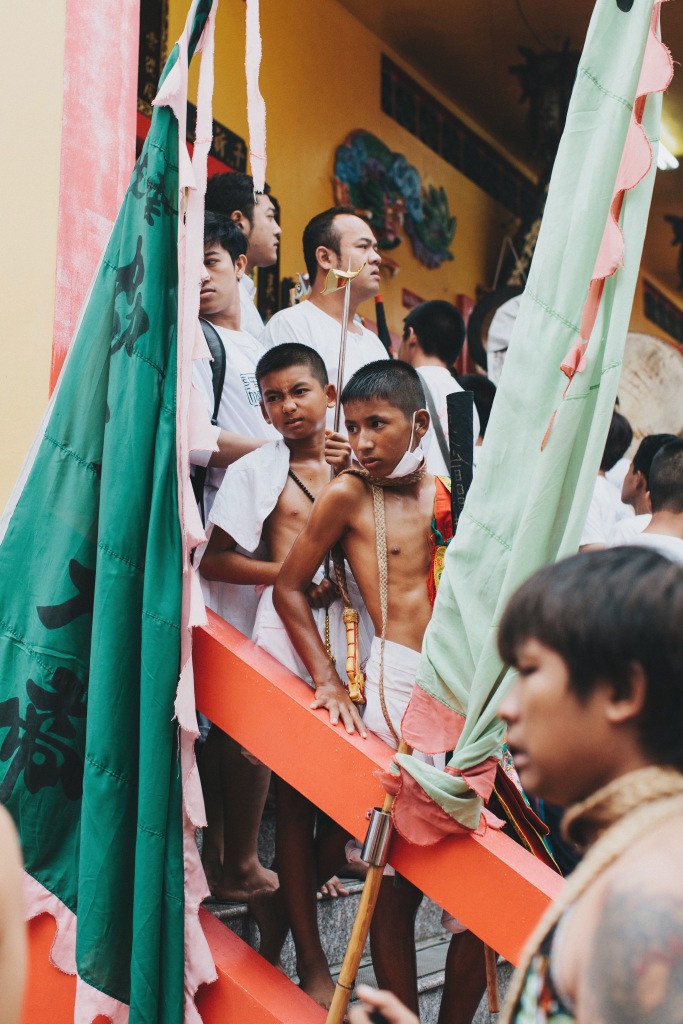 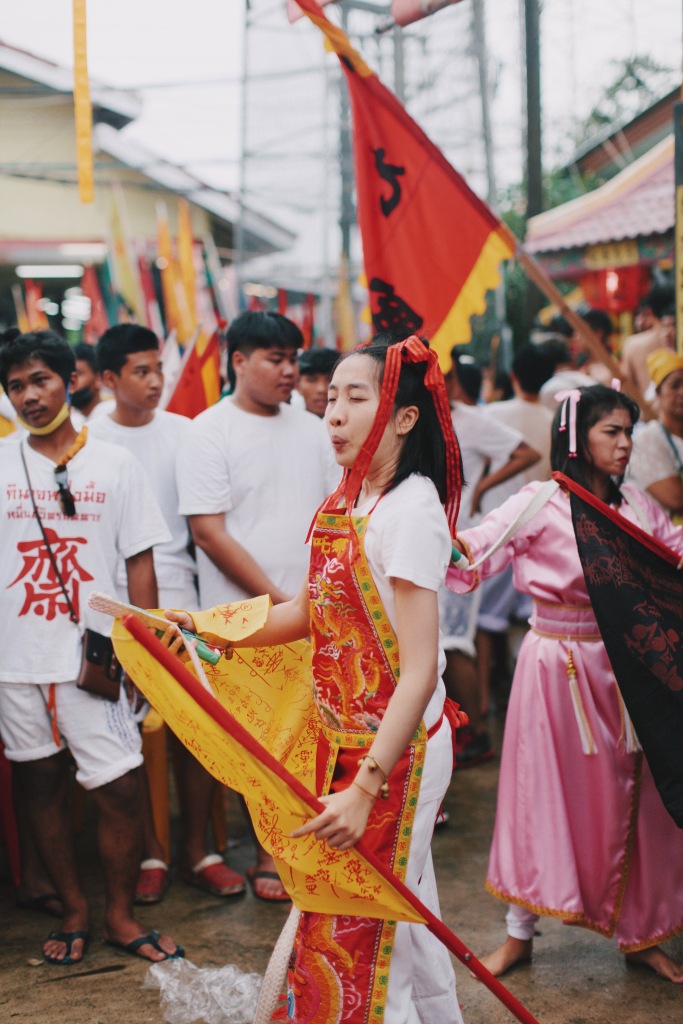 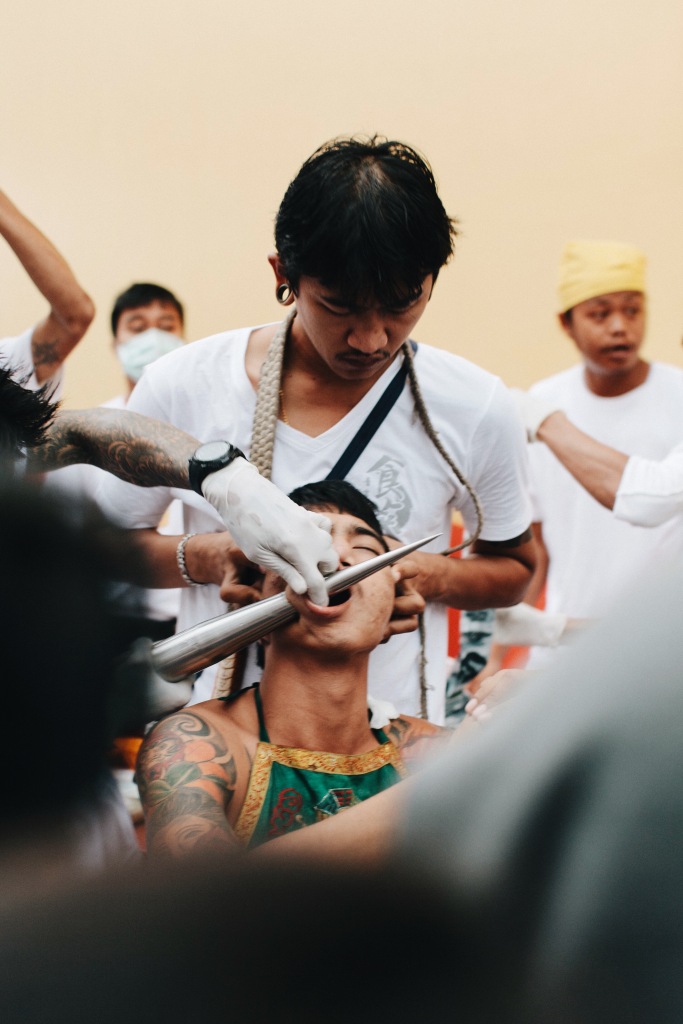 this woman was so peaceful and full of grace 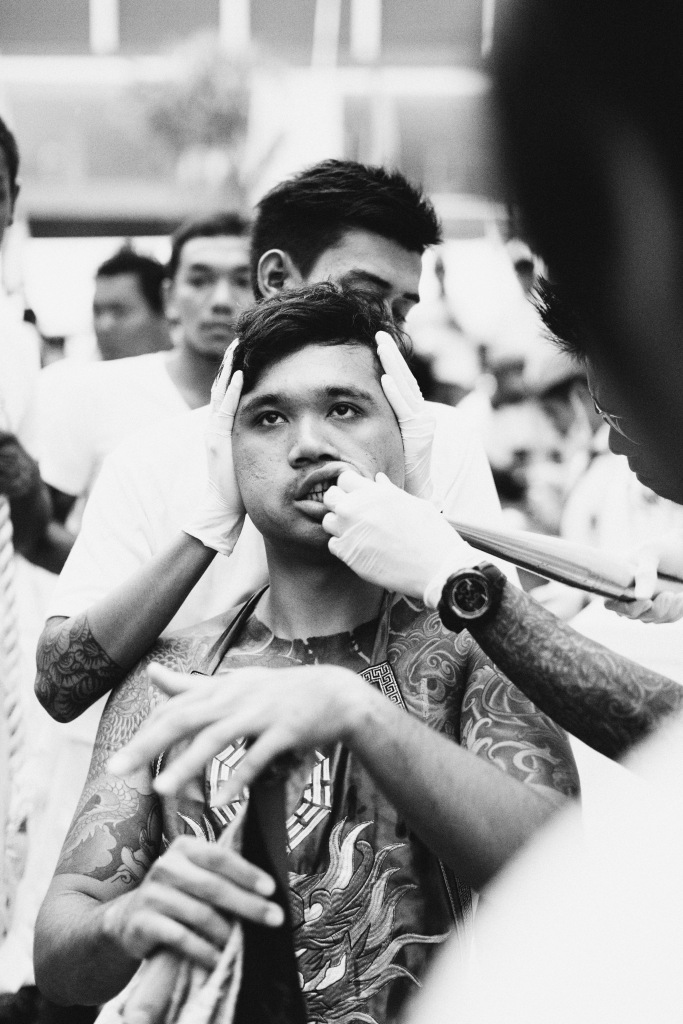 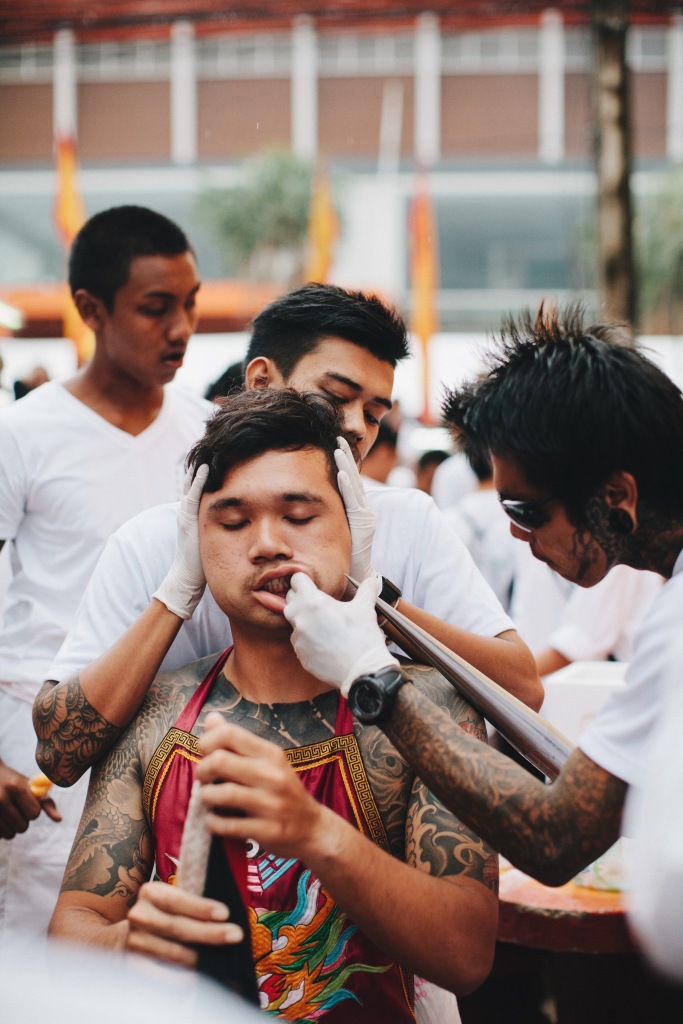 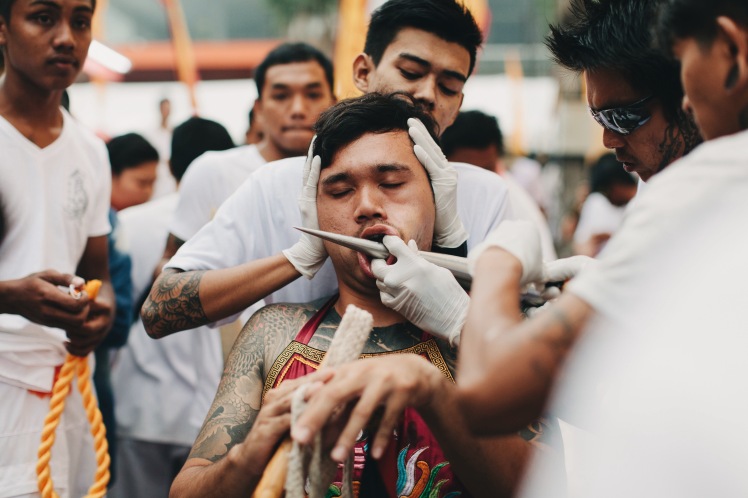 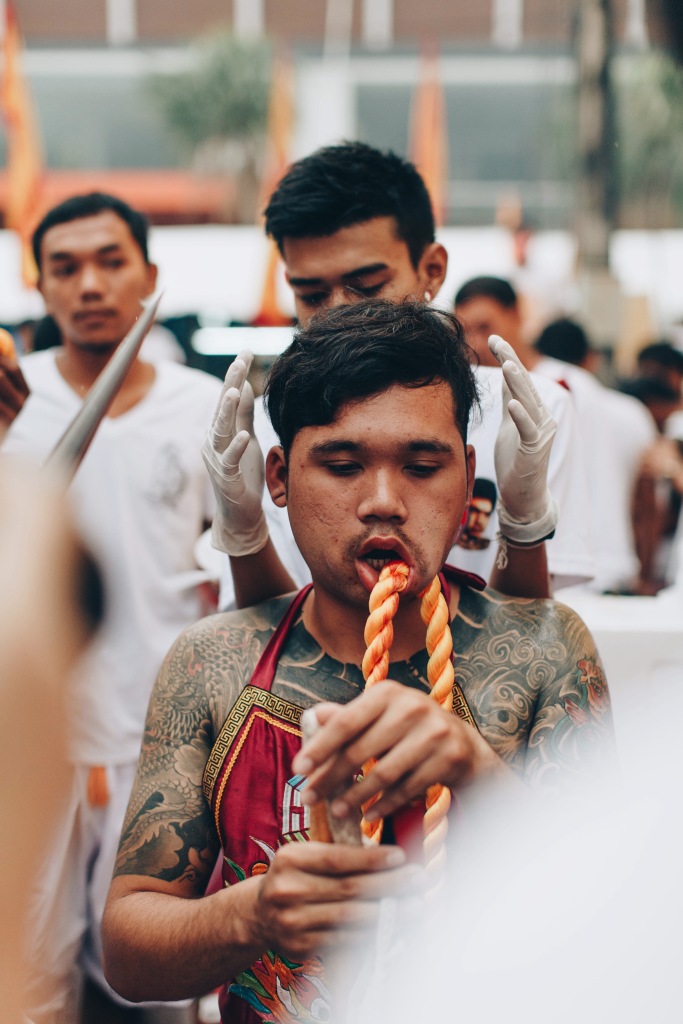 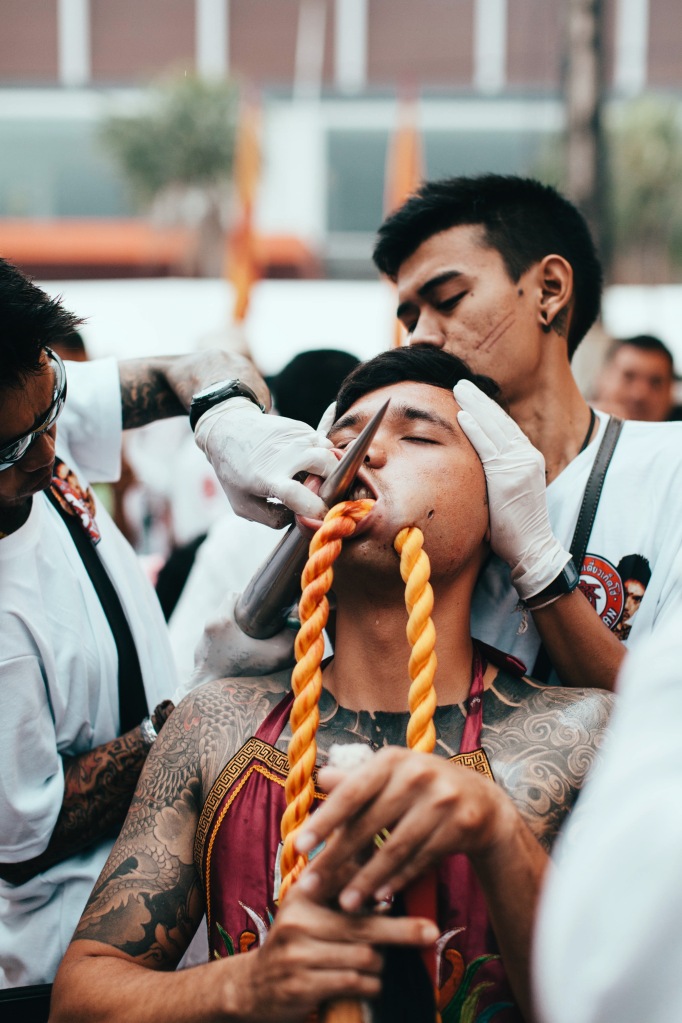 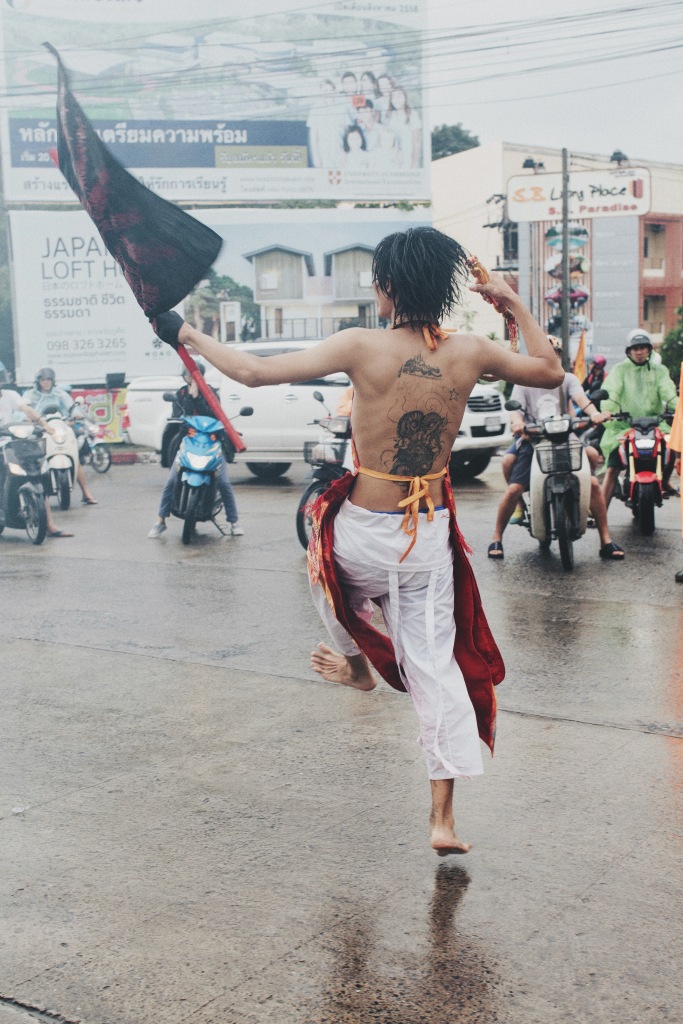 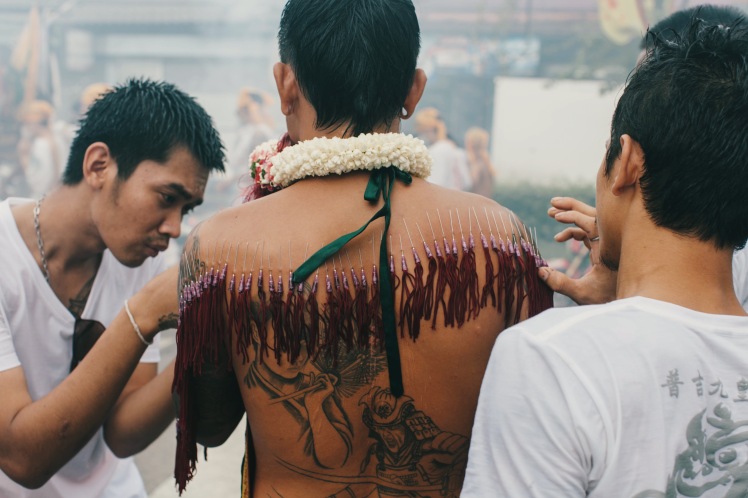 offering tables set up along the procession route

The Vegetarian Festival is a Thai-Chinese festival celebrated throughout the country, but the main celebration occurs on the island of Phuket. Obviously, participants refrain from eating meat during the festival, but there are several other rules that participants follow:

If you ever have the opportunity to be in Phuket in the fall (this year the festival falls on the week of October 20), steel your stomach, follow these rules and be respectful and you will witness one of the most extreme, fascinating festivals in Thailand.